Le Silve di Armenzano wedding, Assisi, is on the list of the best wedding venues in Umbria where Guty & Simone have played.

Inside the video (32”) a wedding at Le Silve di Armenzano, Assisi, Umbria. A beautiful Umbrian venue very close to the city of Saint Francis, Assisi in Umbria, the green heart of Italy. The music entertainment by Guty & Simone The Italian Wedding Musicians who are used to play during wedding receptions and they perform normally in foreigner weddings in Umbria and all over Italy. Wedding music in Umbria. Wedding receptions and party all over Italy. Le  Silve di Armenzano – Loc. Armenzano di Assisi, 89 – 06081 Assisi, (Perugia), Umbria – Italy www.lesilve.it

Testimonials: Bride and groom’s statement. A beautiful newlyweds couple, English and Italian, talking about Guty & Simone musicians duo after their gig at their wedding party at Le Silve di Armenzano.

“… They were superb. They played some Hendrix, The Stones, Floyd, The Doors… the list went on. They also did their version of Zeppelin’s Stairway to Heaven for us (we requested it in e-mails to them pre-wedding) which made the groom and best men very happy. Everyone was on the dance floor all night, even the dads. They added something really special to a perfect day …”
JaPe0 – Birmingham, United Kingdom (from Tripadivisor)

– Get an amazing video of your wedding with the “Italian wedding videographers” team!
– Visit Italian Wedding Musicians – www.italianweddingmusicians.com – Wedding music, audio and lights for your wedding in Italy
– Get your SIAE (music tax) permit on-line
– Top wedding venues

Services
Wedding services and suppliers
How to get SIAE permit
I.W.M website 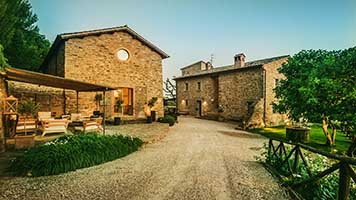 END_OF_DOCUMENT_TOKEN_TO_BE_REPLACED

Watch our videos Listen to our demos Contact us now!
This website uses cookies to improve your experience. We'll assume you're ok with this, but you can opt-out if you wish. Privacy policy..ACCEPTCookie settings

This website uses cookies to improve your experience while you navigate through the website. Out of these, the cookies that are categorized as necessary are stored on your browser as they are essential for the working of basic functionalities of the website. We also use third-party cookies that help us analyze and understand how you use this website. These cookies will be stored in your browser only with your consent. You also have the option to opt-out of these cookies. But opting out of some of these cookies may affect your browsing experience.
Necessary Always Enabled

Any cookies that may not be particularly necessary for the website to function and is used specifically to collect user personal data via analytics, ads, other embedded contents are termed as non-necessary cookies. It is mandatory to procure user consent prior to running these cookies on your website.